Anyscam is a single element in the SCARS|CDN™ Cybercrime Data Network™ – also know as the Anti-Scam Data Reporting Network.

It is one of over a hundred locations online where scammer criminal reports can be entered into the SCARS|CDN Network for distribution in real-time around the world to over 1,000 entities that can make use of your report for multiple purposes, from law enforcement and tracking to the removal of fake profiles on websites.

We collect the crime data and pass it along to these entities for their appropriate actions.

The SCARS|CDN was engineered at considerable cost to parallel the service provided by Interpol as a criminal reporting clearinghouse. Since there is no such service that shares cybercrime data around the globe we created one and today SCARS|CDN is not only the premier online fraud reporting network on earth and the only one that connects the world.

In many cases, the report is not of enough quality for it to be actionable, so they accumulate until there is enough to act on. In other cases, they can be referred to after an arrest for additional charges or action.

The SCARS|CDN is administered by a division of SCARS called the SCARS|GOFCH – the SCARS Global Fraud Clearinghouse – a division of the Society fo Citizens Against Relationship Scams Inc.

The SCARS|CDN was originally created in 2014 and formally transferred to SCARS in 2015.

In addition, to learn more about what came before SCARS visit: www.RomanceScamsNow.com/about_scars_rsn 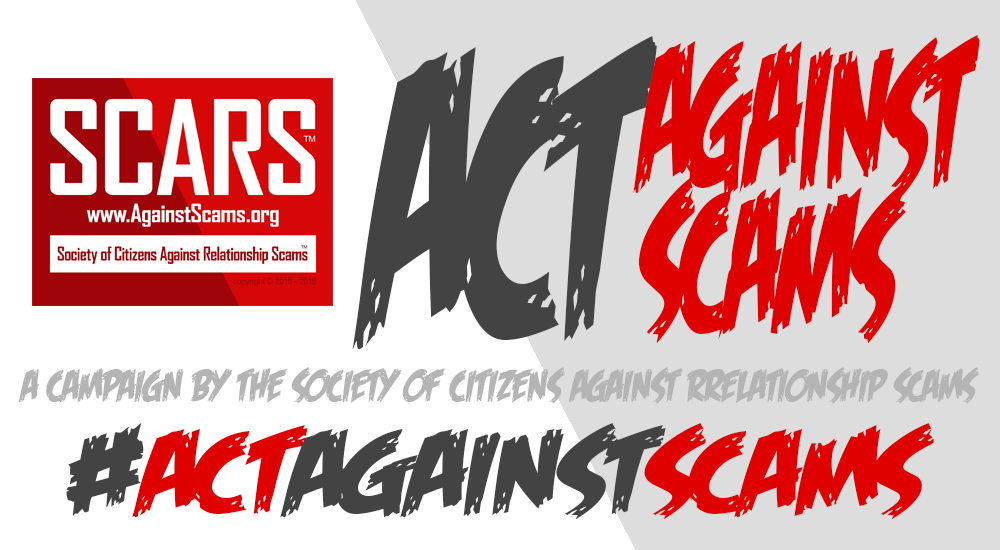 How The SCARS|CDN Cybercrime Data Network Is Designed 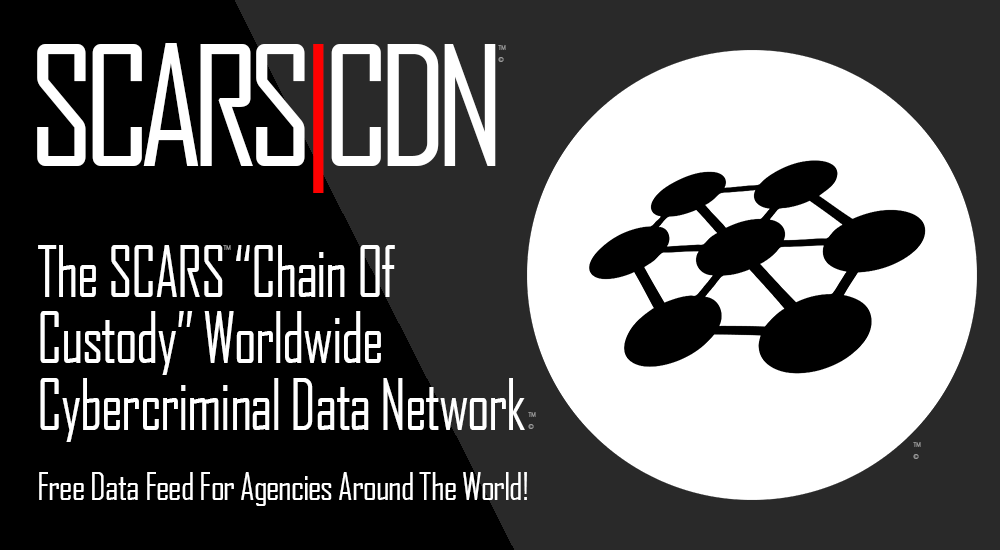 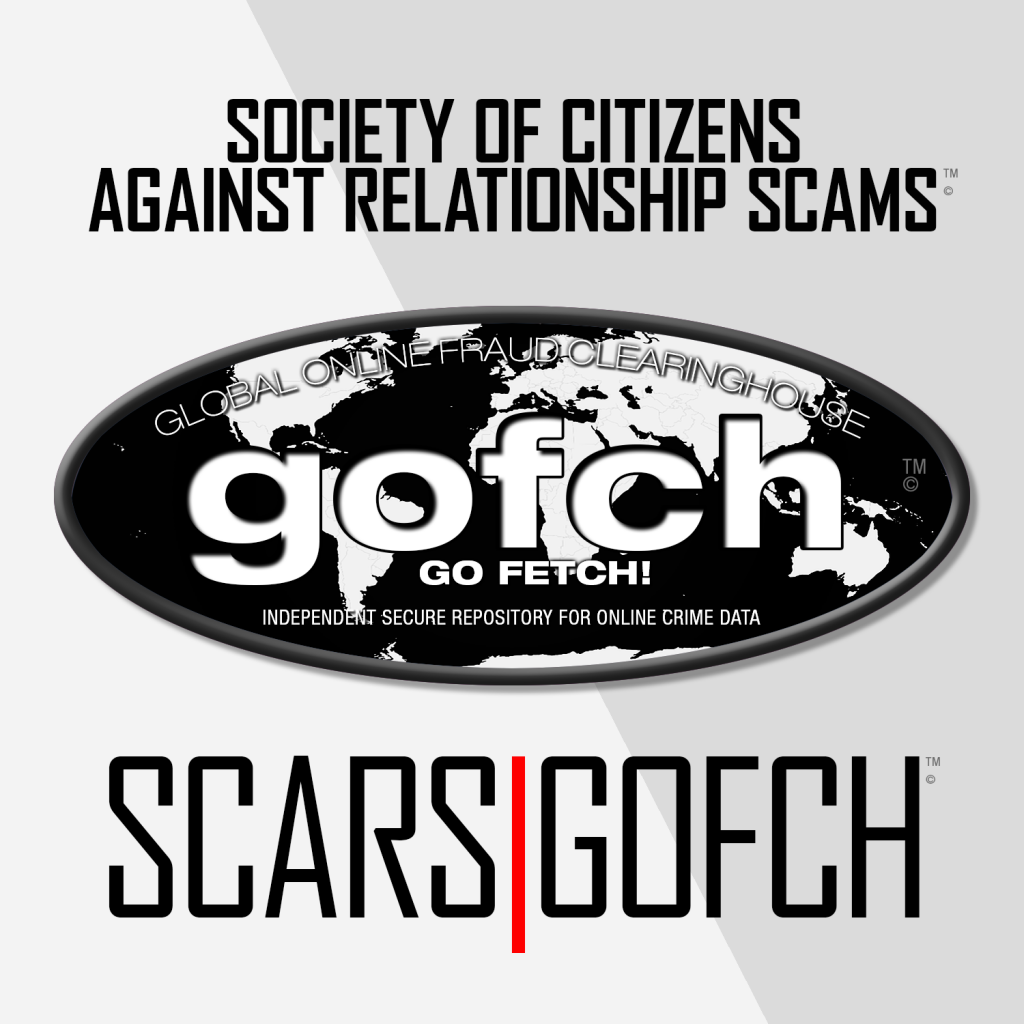 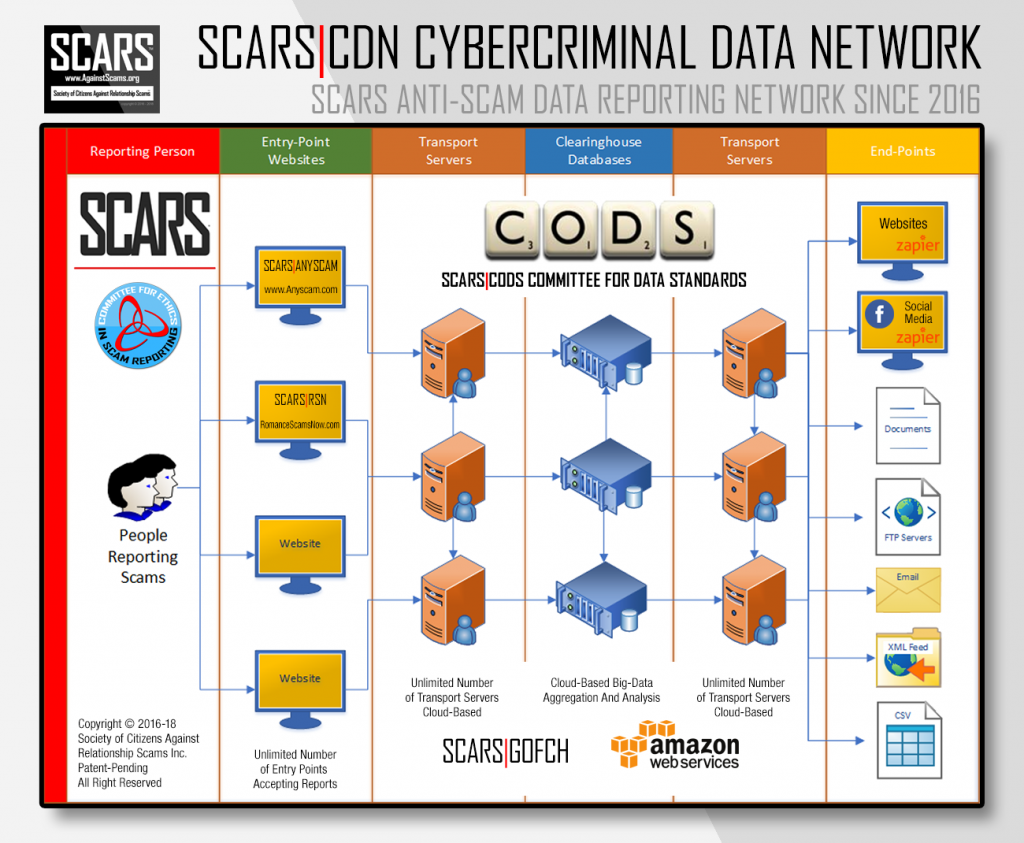 About the Author: Society of Citizens Against Relationship Scams

About The Society Of Citizens Against Relationship Scams Inc. | www.AgainstScams.org -- SCARS™ the only Worldwide Nonprofit Nongovernmental Incorporated Cybercrime Victims’ Assistance & Crime Prevention - Support & Advocacy Organization focused on the detection, deterrence, and eventual elimination of global online scams in all its forms, and the assistance and education of scam victims in their recovery and avoidance of future victimization. -- While the Society is based and incorporated in the United States, we represent Victims, Advocates, and active Anti-Scam Professionals, Groups, and Organizations all around the globe. -- To learn more about SCARS visit www.AgainstScams.org -- To donate to SCARS visit donate.AgainstScams.org -- We hope that you will help us by adding your voice and helping us help more scam victims worldwide.
Page load link
Translate / Traducir »
Go to Top